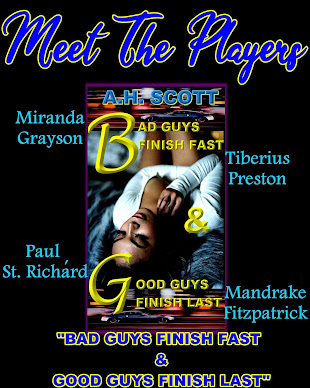 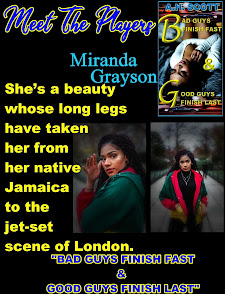 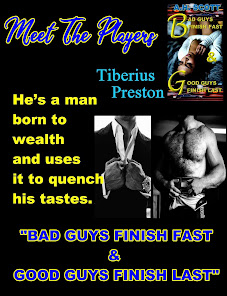 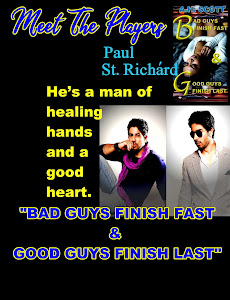 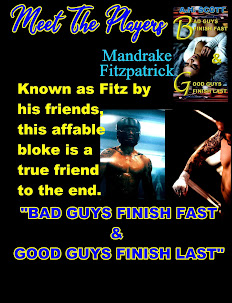 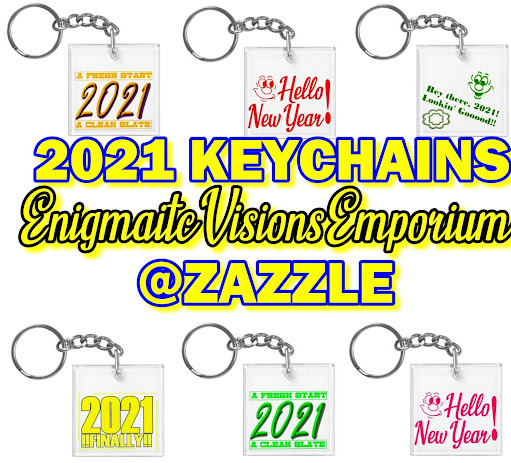 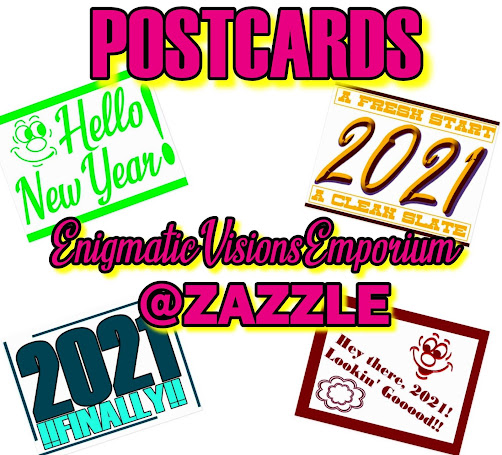 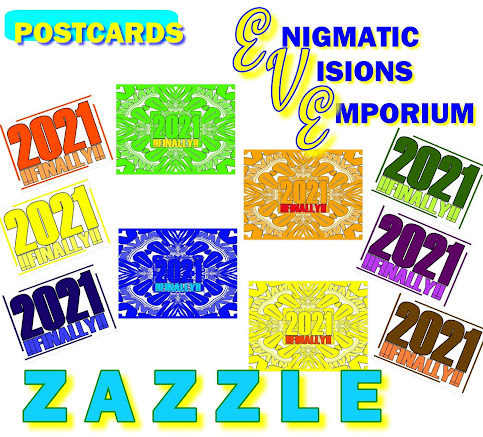 It’s time to kick 2020 to the curb, as 2021 rolls up fresh and brand new with postcards & keychains for your pleasure’s view. Take a stroll through the aisles of EnigmaticVisionsEmporium and see what’s up for this coming year anew. 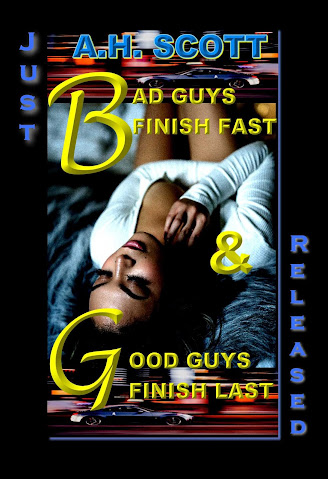 Tiberius was a man who didn’t like to be kept waiting, as he sat there in a back booth at Pearl Dragon and gazed down at his vintage Cartier watch. 5, 10, 27 minutes passed, as he made a few business calls, checked the results on the latest Bolton-Chelsea match, and started to fume a bit over his dining companion not coming on time.
He waited no more, as his impatience rose with his ascendance from the leather bench of that booth. Phone slipped into the breast pocket of his black pinstriped suit, he began walking towards the front of the restaurant.
Skin the lightest shade of honey and physique of firm stature was nothing compared to Tiberius’ truest defining character. His voice had a certain affect of richness to it, almost like a drizzle of Bailey’s over a scoop of vanilla ice cream, “Miss Grayson, I don’t appreciate being stood up, so you have a nice evening alone. I’m leaving”.
Many a woman weaker than the one standing before him would have quaked in their stilettos in hearing his dismissive words. Tiberius must’ve mistaken her for one of those females who gave a damn.
Adorned in a powder blue silk dress without a bra underneath it, outline of nipples were easily seen through that fabric, not to mention the shortness of the hem that accentuated those long legs of this ginger hued, Jamaican born beauty.
With a matter of fact tone to her voice, Miranda Grayson replied to him, “Go ahead, Mr. Preston”, She motioned towards him with her dark brown, wavy hair cascading down her back, “I’m not holding you here any longer”, Sashaying past him without even giving a look back his way, she walked to the back booth he had reserved for their meal, “I’m hungry. I thought you were, too”.
Stung and stunned a bit from those words, Tiberius took a deep breath and chuckled as only his head turned to watch her walk away. And, it was definitely a sight worth watching from a man with a fat wallet and even bigger ego. If it was a game of words the lady with those long legs wished to play with him, he was more than up to do that, “Oh, my dear, you have no idea of my appetite”....
AMAZON -
https://www.amazon.com/gp/product/B08MHD6DVQ
SMASHWORDS -
https://www.smashwords.com/books/view/1052805
KOBO -
https://www.kobo.com/us/en/ebook/bad-guys-finish-fast-good-guys-finish-last
Posted by A.H. Scott at 12:44 PM No comments: 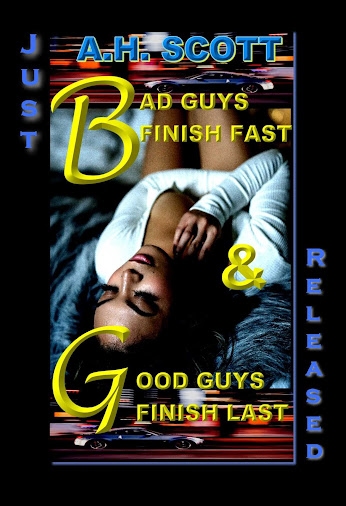 VERSATILITY IS THE BEST KINDA' STREET - A POEM BY A.H. SCOTT 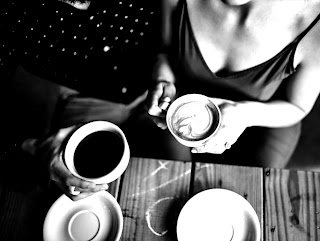 Versatility Is The Best Kinda’ Street
Lola didn’t like Cola
It gave her the burps something bad
Jimmy was the Cola guy and when he found out about Lola it made him sad
Lola’s fave was coffee and Jimmy wondered why
She would always smile and say something sly, “Coffee is like my type of guy – strong, bold and versatile, too”
Jimmy didn’t know what to do
He quit his job at the soda company and joined the Starbuck’s crew
Lola liked Jimmy just the way he was
But, since he now was a coffee man, he knew how to give her a buzz
“Gals that are his type were soft, sweet and with dancing feet”, Jimmy said
Lola replied, “How bout’ toasty toes in your bed?”
Cola couldn’t hold a candle to that certain kind of lovin’ ramble
Percolatin’ was the only way, Jimmy and Lola found out one day
Cuddling in a booth at the café, as they shared their first kiss they didn’t know what to say
Lola and Jimmy’s hearts were aflutter with the scent of coffee brewin’ in his kitchen the morning after
Nice to know a choice of a drink can bring a smile to your flow
Lola knew best, for it was coffee that had the ability to shake things up
Either on a Summer day with cubes of ice in a glass
Or, in the chill of Winter when the heat is something you want to last
Cola is a one-way street
Coffee is a versatile treat
- A.H. Scott
10/19/20
#NYC #poem #coffee #versatility 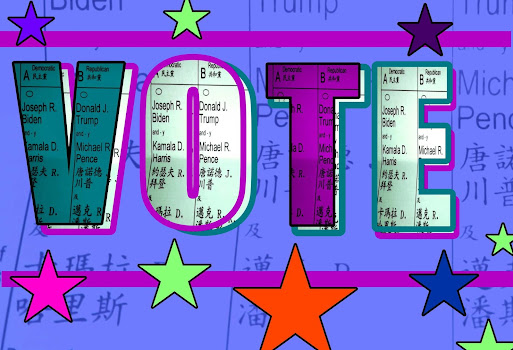 Vote for days past

Choice between two devils some of you may think

Yet, beyond that surface of your perceptions, you should take a deeper think

Two white guys in their 70’s

Yes, that’s who they are by date they were born

But, they are NOT the same

I’m going to let you in on the score

Trump is who he is

Biden is who he is

What will either do if elected to a term?

One relies on the Constitution as being dead words upon a scrap of paper, to be twisted and bastardized

Two men, different is what they are

Not just a perfunctory damnation of both men as being corrupt

Prez is the star on center stage

But, then again, in a book of an administration you’ve gotta’ look at each line upon the page

You know, the people he brings along to the table of ideas

Is it a nationalist’s coda?

Is it a sonnet of brotherhood?

Maybe if you’re on that side of fortune’s scale that hasn’t given a second thought about rights being granted, then just sit back and stay in your bubble of obliviousness

Just the same, are they?

Can you honestly say choice between two devils with a straight face?

Nah, ya’ can’t shrug this choice away

So, if you don’t want to vote, just stay your ass home

But, don’t put up a false equivalency as a shiny object that roams

Choosing a candidate is only part of civic participation

Policies matter, as well as history

Just the same, you say?

November’s coming, so your hesitation better get out of the way

Man in the spotlight is the one who leads the chorus

Chorus behind him should never be a Faustian surprise

Okay, so I’m voting and I’m excited to flex my franchise

I do it for myself, family, friends and even those I never met who have paid the price in the shadows and light

So, you may think the vote doesn’t count or matter at all

But, you can scribble a moniker of your dog, cat, or even the words ameba or zygote on your ballot if you think a reason to vote is too damned small

Yet, you should use sobriety in answering history’s call

These are a few threads of the quilt of America –

And, if you can’t think of anyone or cause worthy of the reason for you to vote

Then sit your ass home, don’t bitch and don’t moan

POSTCARDS FROM THE GOOD SIDE! - POSTCARDS DESIGNED BY A.H. SCOTT AT ZAZZLE 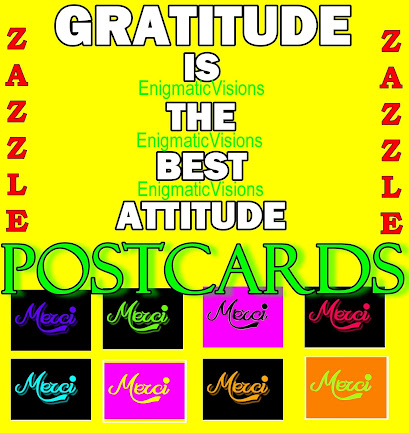 Karma is what you put out, so why not show to the world what it's all about. This is the "Gratitude Is The Best Attitude" Collection from EnigmaticVisions. 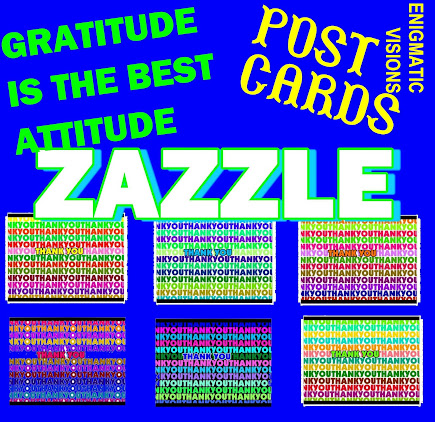 The Power Of Positive Thinking

A.H. Scott
"Writing is like the beating of a heart; it can be faint as a lazy Sunday afternoon just chillin', or throb with a crackling imagination as wide and varied as the Seven Wonders of The World. Words are the blood that pulses through our souls. " - A.H. Scott 4/15/12